The word „karma” literally means „action”. In the Buddhist tradition is the doctrine of the relation between action and forces. In fact every action creates a strength, which in turn causes the next action.

Karma – the infinite set of activities and the forces, causes and effects – pushes forward the universe and life. It is reliable, impersonal and objective law that allows to keep moral order. It proves that all effects have causes, and everything we experience, both good and evil is a natural consequence of our actions.

Karma is a creative energy that is created by the actions of all people. It keeps order in cosmos without introducing the concepts of „reward” and „punishment”. What we experience is not, as Buddhist says, the reward or punishment for our past deeds, but their fruits, the natural consequence. Karma is not „fate” or „destiny”, it is the signal for people to do something. 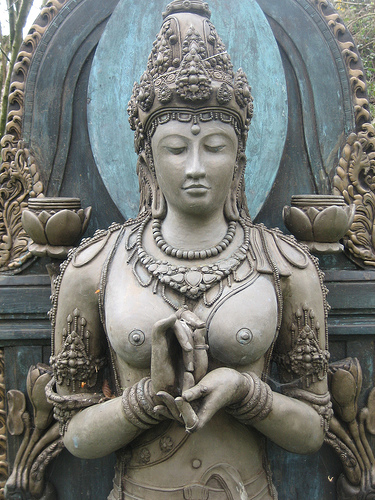 According to Buddhism, everything, starting with the simplest ones through the more complex, such as rules that govern the universe, is the work of karma. There is no one who would rule the cosmos, judge human deeds and reward or punish for them. There is also no first cause. The man himself creates causes, and then experiences their effects.

Karma affects our future lives, in what form we will be reborn. It also affects our character, personality, abilities and habits. Our life experiences, the environment in which we are born, financial situation, social status, relationships with other people are depending on Karma.

In according with the law of karma the key to happiness is to understand the relations between phenomena, recognize the principles of cause and effect and skillful movement in the world of an infinite sequence of actions and forces.